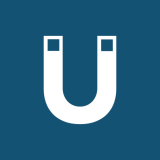 Louisville, KY (May 7, 2014) – QSR Automations, Inc., the restaurant leader in kitchen display and guest management technology, is pleased to announce that it has launched its Android version of DineTime, now available on Google Play.

“We launched DineTime for iPhone users in late March with plans to roll out the Android version shortly thereafter.” said Lee Leet, Founder and CEO of QSR. “Android makes up roughly half of the smart phone market, and with so many requests for the Android version, our launch could not have come at a better time,” Leet continued. “Now nearly every restaurant patron has the opportunity to skip the wait with DineTime, and restaurants will have more of a direct contact with their customers!”

DineTime is a mobile restaurant guide that allows patrons to find full-service restaurants from their phones using various filtering methods including restaurant ratings, distance and cuisine. DineTime also interacts directly with restaurants who use the DineTime Host app, as it allows consumers to see their wait times in real time and add their name to the wait list.

Last year, QSR announced the launch of DineTime Host, a guest management software tool. DineTime Host keeps restaurant operators connected to their guests by providing wait list management, reservations facilitation, guestbook maintenance and key operational analytics. Louisville restaurants who currently use the Host app or who are in training to start using it include: Against the Grain, Austin’s, Bearno’s by the Bridge, Bristol, Coal’s Pizza, KT’s, Limestone, Ramsi’s Café on the World, Senor Iguanas, Tony BoomBooz, Tumbleweed Waterfront and Winston’s.

DineTime is currently being tested in Louisville with plans to roll out nationally later this year. DineTime is now available for download on the App Store and Google Play. For more information, please visit www.DineTime.com.